Summer season just rolled in, and the hot, dry, and humid environment is the perfect time to go swimming on the beach, go on a drive somewhere, or take a leisurely hike in the mountainside. But it isn't only us humans who enjoy basking under the summer heat, as several fungi causing diseases also come out and thrive during this season. And one of the most common and annoying fungi-caused crop disease around these hot months is the powdery mildew, and boy does it love nestling on our desirable pepper plants.

The culprit behind powdery mildew in hot pepper plants is the fungi species Leveillula taurica. However, take note that this fungus has an extensive host range and not only devastates hot peppers but over 700 other crop species, including eggplants, onions, and tomatoes. So if you have such crops also growing nearby your peppers, then the fungi most likely came from them or vice versa. 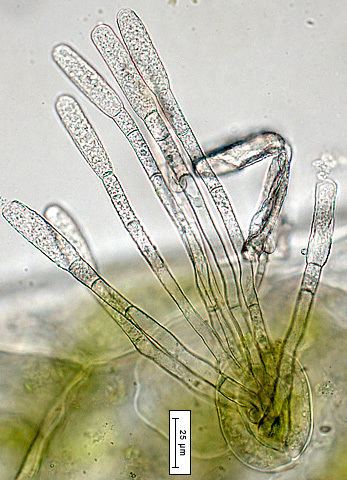 Now, being an obligate parasite, L. taurica requires living plant tissues to survive and multiply, mostly staying on the leaves and stems. And this fungus spread via its spores, which are carried over with wind and some organisms such as humans, animals, and insects. These then germinate once the environmental conditions are favorable, thriving best under 90% to 95% relative humidity and a hot temperature of 60 to 70 degrees Fahrenheit.

The most distinct symptom of this plant disease is the formation of a whitish powder, hence the name, on your pepper plants' leaves. And it grows on the underside of older leaves firsts and will eventually envelop the whole plate with its powdery fungal mass. It will then proceed to infect younger leaves and even stems, flowers, and worse the fruits. 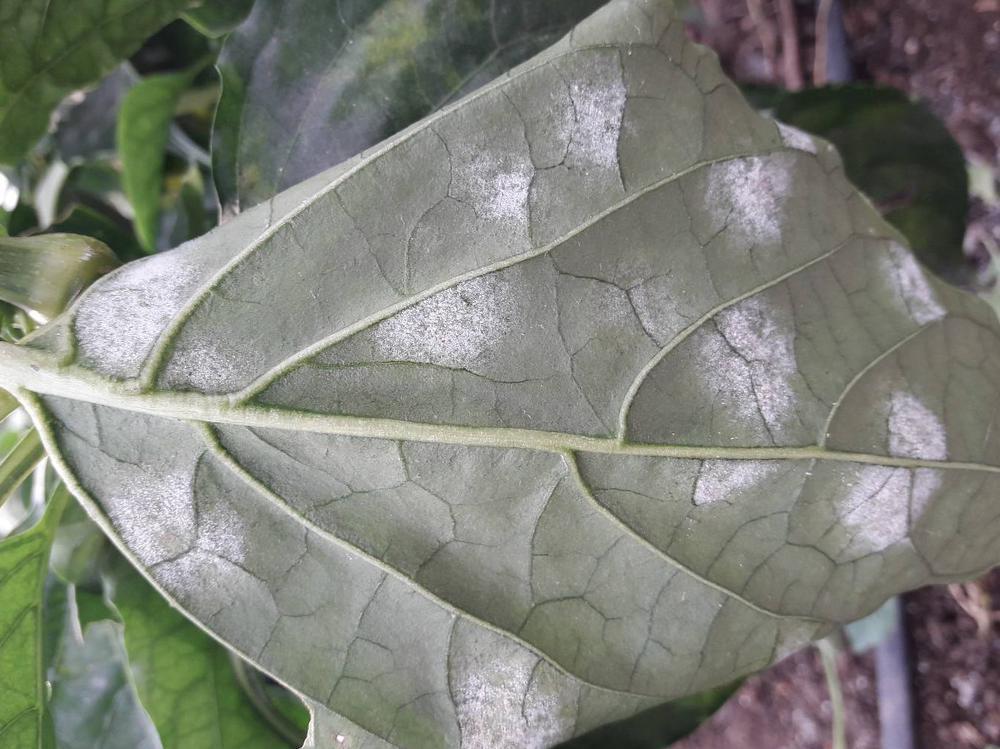 Not only that, yellowish spots will start forming on the upper side of the leaves as the fungi continue to feed on the plant tissues. This then turns brown and curls up before eventually falling off prematurely. If not managed during the onset of the disease, you'll finally wake up one morning and find all of your pepper plants bald with shriveled up stems left stuck on the soil. How To Control Powdery Mildew in Peppers? A typical DIY control measure that many pepper farmers recommend using when plagued with powdery mildew is surprisingly milk. Dozens of studies have already proven its significant power as a natural fungicide against the L. taurica, even on other crops such as grapes, pumpkins, and apples. And it's effortless to prepare, as all you need are milk, water, and a sprayer.

According to the studies and experiments, the best ratio of milk to water is 40:60. This means your fungicide mixture should have 40% milk diluted in 60% water. Using either skim or whole milk is sufficient, as both can get the job done. Place the mixture in a sprayer and spray your pepper leaves on both sides until they are dripping wet. This method is the best to use as a preventive action rather than a cure, but you can still do it when your powdery mildew problem has just started to show. And application should be made once every other day until your leaves are free from the powdery fungi. When you think baking soda can only be a household remedy for almost everything, surprisingly, it can also be used for our garden care. There are several studies along with pepper grower firsthand accounts that bake soda and horticultural oils such as neem oil and vegetable oil. However, take note that using baking soda alone will do more harm than good to your pepper plants. Diluting it with oil, water, or dishwashing soap better prevents fungal spores' germination, which will then effectively stop the fungi from multiplying.

To make the solution, dilute two tablespoons of baking powder on one gallon of water. Then add in two tablespoons of neem oil or vegetable oil. Mix it thoroughly until the baking powder is dissolved correctly, and then transfer it into a sprayer bottle. Be sure to apply this fungicide early in the morning when it is still cold as sunlight can cause leaf burning if used when the sun is already high up in the sky. Furthermore, you should check the weather forecast before spraying this fungicide to ensure it will not rain 24 hours after the application. Rain can easily wash off the fungicide before it can even start working its magic against your powdery mildew. It looks like vampires aren't the only ones who hate garlic, as it has been observed that L. taurica also abhors this kitchen staple. Garlic is known to have high sulfur content and has been used in various first aid treatments for humans. But its extract can also be a powerful fungicide for crops.

Crush two whole bulbs of garlic, and make sure not to spill any of the precious juice. Add five to six drops of dishwashing liquid and continue crushing and mixing. Afterward, strain the mixture using a delicate cloth or strainer. You can store the extract for a few days in your fridge, or you can also use it immediately. Simply dilute the garlic extract mixture in water, with the ideal ratio of 1:10 extract to water solution. Spray your infected pepper leaves with the solution thoroughly.

And only as a last resort should you turn to synthetically produced chemical fungicides when fighting against powdery mildew. However, many newbies often immediately subject their pepper plants to these harsh chemicals right off the bat in fear of losing their precious pods. It's all right and all, but we recommend trying other methods first, especially if the diseases are not that serious yet. The most commonly used fungicides for powdery mildew are Trifloxystrobin, Quinoxyfen, Azoxystrobin, and Myclobutanil. Do consult an expert before purchasing any of these in your local pest control stores to know which one is the best for your pepper plants' current situation. And be sure to follow the instructions on the label to the tee when preparing and applying it.
growing peppers pepper diseases powdery mildew powdery mildew control
Share
Share on Facebook Twitter Pinterest