Aphids are one of the peskiest pests on pepper plants. They may not be around today, but these sneaky insects often appear out of nowhere the next day. Letting a few aphids hang around on your peppers can be harmless, or so you thought. These insects are small and soft-bodied, but they are quite prolific and are capable of reproducing hundreds in just a week. Don't be too surprised if your plants are already covered by aphids in a short amount of time.

Large populations of aphids can cause several significant damages to a pepper plant. Due to their piercing-sucking mode of feeding, aphids can cause stunting of growth, curling and deformed leaves, and premature falling of leaves. Furthermore, the sooty mold they produce covers the plant's surface, effectively blocking photosynthesis and respiration processes. But what's more alarming is their ability to transmit several types of plant viruses. Different kinds of aphids carry one or more kinds of plant viruses.

Read more about The 3 Common Aphid Pests of Peppers.

So if these insects are plaguing you, no need to worry as they are easy to manage and control, and here are five effective ways to control aphid pests using different IPM methods. 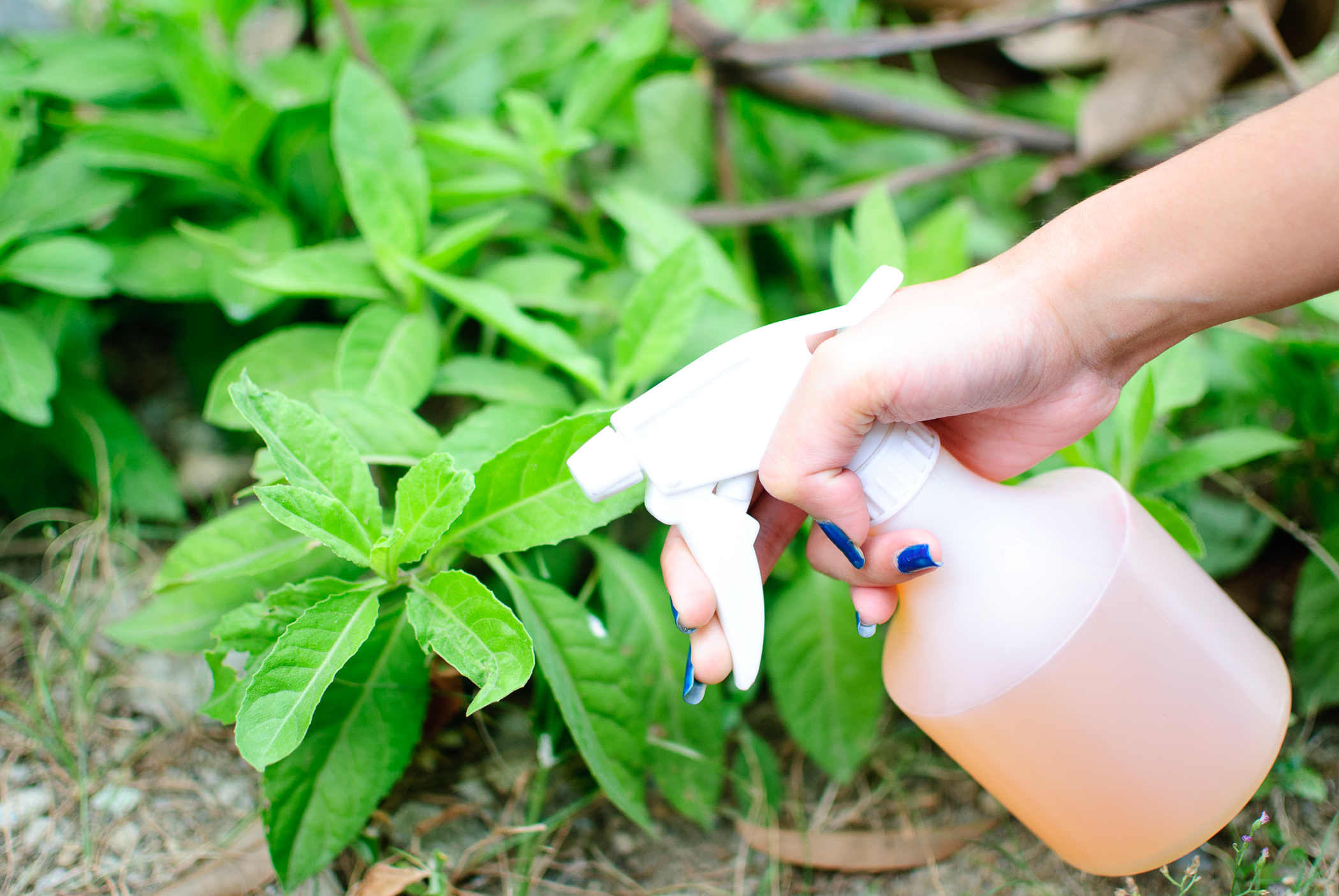 Aphids are not like ticks on dogs, which are super hard to remove, and can be painful at times for the host. Flicking them off from your pepper's stems or leaves is very easy, and you can simply use a water spray to get the job done. If you have a water pipe or sprayer at home, simply adjust the nozzle to be powerful enough to blast off the aphids. And this method not only knocks off the aphids but washes away the honeydew they produced. But be careful as your plants can also sustain damage if you cannot control the water pressure properly.

Once all of the aphids have been washed down, they tend just to move on and never return. A hasty retreat from a failed colonization invasion. However, it's better to completely eradicate them by squashing or burning these fallen aphids rather than hope that they never return. This ensures the safety of your pepper plants in the future. 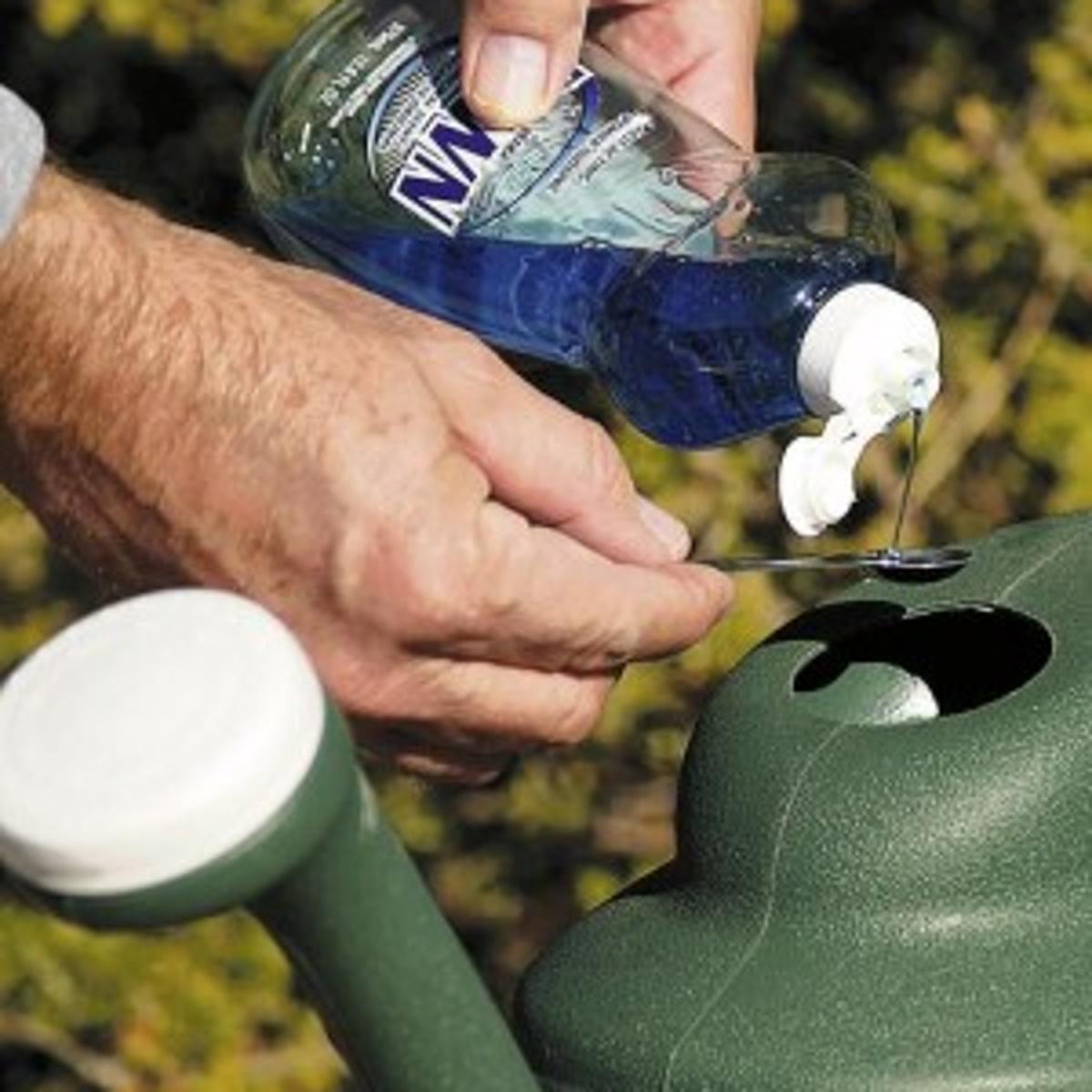 Another easy way to control aphids is to use a very simple dishwashing soap concoction. Aphids hate soap as it causes them to suffocate and eventually die. Mix in a teaspoon of dishwashing soap on a quarter of water. Place the ingredients inside a sprayer and shake well. And since you're growing peppers, why not add in some heat and mix in a pinch of a pulverized pod of the hottest ones you’ve got. Hot peppers have been known to possess pesticidal qualities perfect for aphids.

Spray the underside of leaves and the stems where those pesky aphids are clinging. Do it gently as not to damage any parts of the pepper plant, but be generous with your application. You'll notice that the insects will fall off, and by the next day, your plants will be free from aphids. You may need to apply the concoction a few times over for the next two weeks until all of the aphids have died.

Considered an essential horticultural substance, the neem oil has steadily gained fame for being an effective organic pesticide in crops. The oil was extracted from the neem tree's seeds and was initially a raw material for cosmetics and medicines. But with its effective targeted killing action, neem oil has since then been used as a pesticide. Neem oil is known to disrupt an insect's feeding and messes with its hormonal system preventing it from reproducing. And it's quite an efficient aphid killer.

Dilute two tablespoons of neem oil in a gallon of water and mix thoroughly. Spray generously on the infected areas of your pepper plants. Be sure that each part is thoroughly soaked and dripping wet. As it's an organic pesticide, it may take some time before the aphids feel the effects. As advised, if you'll be using neem oil to control an existing pest population, continuously spray the plant for the next seven days. 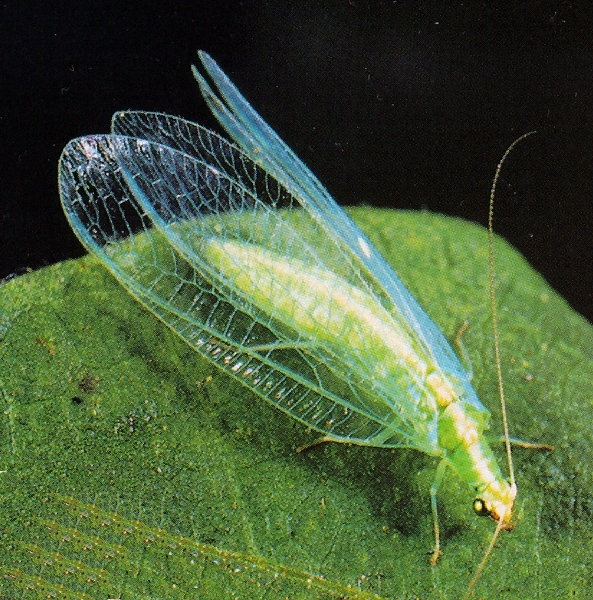 One key feature of the IPM method is biological control or Biocon for short in managing insect pests. Biocon employs the use of predatory insects to kill your pests. Although many people are hesitant in using this method, it's effectivity in controlling pest populations is quite high. However, the risk of creating another insect pest population is still there. That's because most of these predatory insects are also considered pests in other crops. This is why you must keep a close watch and manage just how many insects you should release to your plants.

For aphids, the most common capable Biocon insects are ladybugs, green lacewings, soldier beetles, and wasps. Wasps are considered as aphid parasitoids since they lay their eggs inside the bodies of aphids. Simultaneously, the rest of the predatory insects love to munch down aphids and find them as one of their go-to meals. 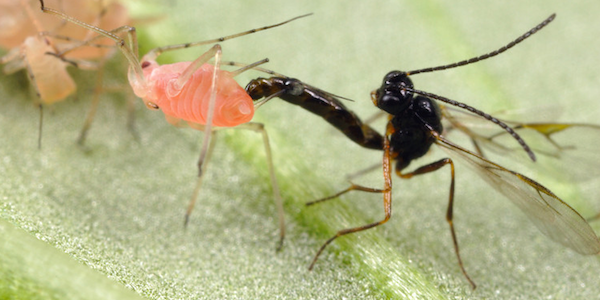 Besides releasing many of these insects, you can also help them out by planting flowering plants to serve as habitats for these predators. What's more, you must also limit chemical pesticides as they can even kill these naturally helpful insects.

Experts always advise farmers to use pesticides as a last resort when dealing with insect pests. It's due to the numerous risks that synthetic pesticides can cause to the environment and humans as well. Always use with caution and only employ when the population of aphids is quite unmanageable anymore. Furthermore, as much as you can avoid using broad-spectrum pesticides. This kind of chemical pesticide typically kills your aphids and other beneficial insects in the surrounding.

Several pesticides can effectively kill your aphid pest population. Low toxicity pesticides include insecticidal soaps, horticultural oils, and botanicals. These pesticides are relatively safe to use and are also safe for children. For high toxicity chemical pesticides, you can choose from the following: malathion, permethrin, acephate, pyrethrin, and imidacloprid. Do check thoroughly and read the instructions that come with these pesticides' packaging before using it. If you're unsure how to correct them, then it's best to hire or ask professionals first.

A boom in aphid population can be quite a troublesome problem, but thankfully, these insects are easy to manage. And there are various methods that you can employ in controlling them before they destroy your pepper plants. Just be sure to identify first the type of aphid that's devastating your peppers. Once you've identified your culprit and the severity of their damage, it will be easier to choose which method you can use to control them.